The Cultural Foundation and Film

The Alliance Française French Film Festival is the biggest French film festival in the world outside of France and the leading French cultural event in Australia. Each year, approximately 50 contemporary films of all genres are selected to be screened for seasons of 3 to 5 weeks in Sydney, Melbourne, Canberra, Brisbane, Perth, Adelaide, Hobart and Byron Bay in association with Palace Cinemas.

Four years ago, the Alliance Française de Sydney unveiled the Alliance Française Classic Film Festival, which aims to rediscover masterpieces of French cinema by highlighting talents that have made a crucial contribution to France’s celebrated film industry. Personalities who have already been featured include Catherine Deneuve, Jean-Paul Belmondo and Jeanne Moreau.

In addition, the Alliance Française de Sydney organises many other events related to film and cinema such as Q&As with directors and actors, exclusive screenings and more.

Please note that following the Australian Government’s additional restrictions on non-essential social gatherings, we have taken the difficult decision to postpone the remainder of the 2020 Alliance Française French Film Festival until further notice, to protect both our patrons and staff. Please rest assured we will be back offering sublime entertainment and a place to indulge and escape when it is safe to do so.

2020 was a year like no other, with devastating impacts on Sydney’s cultural landscape and local institutions. Despite the challenges and disruptions of this unprecedented year, our main cultural event - the Alliance Française French Film Festival – took place, capturing the hearts and imaginations of Australians once again.


In the lead up to 31st edition program launch, we welcomed distinguished guests for a VIP event presented by Artistic Director Philippe Platel, during which he discussed his process for curating the Festival, divulged behind-the-scenes anecdotes and shared his musings on this year’s must-see films.


In early March we hosted the Opening Night at the beautiful Notre Dame, Chippendale, which included an elegant reception with wine, canapés and live music, followed by a screening of the gloriously uplifting The Extraordinary starring Vincent Cassel.


Only a week later, in compliance with government restrictions on non-essential social gatherings and in the interest if protecting our patrons and staff, we had to take the difficult decision to postpone the remainder of the Festival.


After a brief hiatus, the Festival officially relaunched in July for two weeks, representing one of the first and only major cultural events to do so in the country – and the biggest public event in Australia in 2020. Whilst there were many new restrictions to contend with – including reduced cinema capacities and additional safety measures – the Festival still welcomed 70,000 attendees nationally, attesting to the unwavering love and connection between our two countries and cultures.


In September, we also hosted an online lecture on French Cinema, during which Associate Professor Michelle Royer (Chair of the Department of French and Francophone studies at the University of Sydney) presented the reciprocal influences between French cinema and other 'national' cinemas and explored the phenomenal international success of socio-political films and popular comedies.


We also welcomed an exciting online event with Anne-Sophie Versnaeyen, the score composer of the whimsical and romantic film La Belle Époque, directed by Nicolas Bedos, which featured in the Festival. 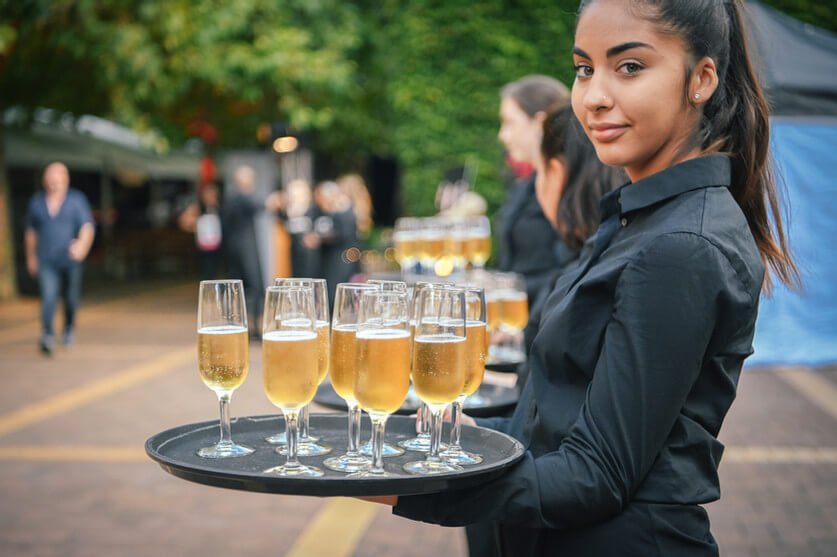 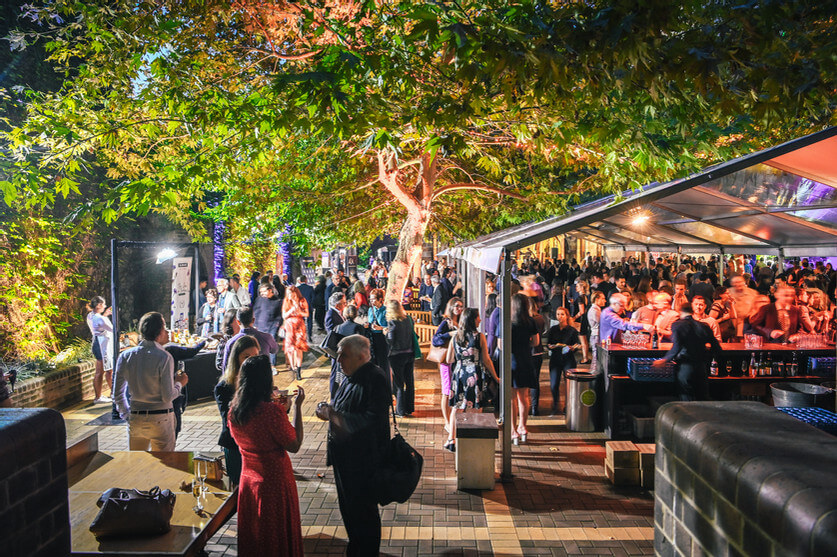 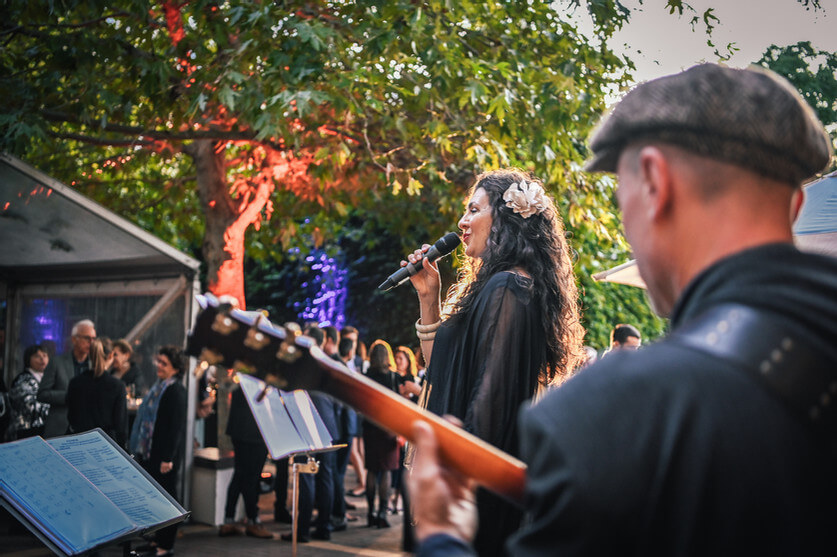 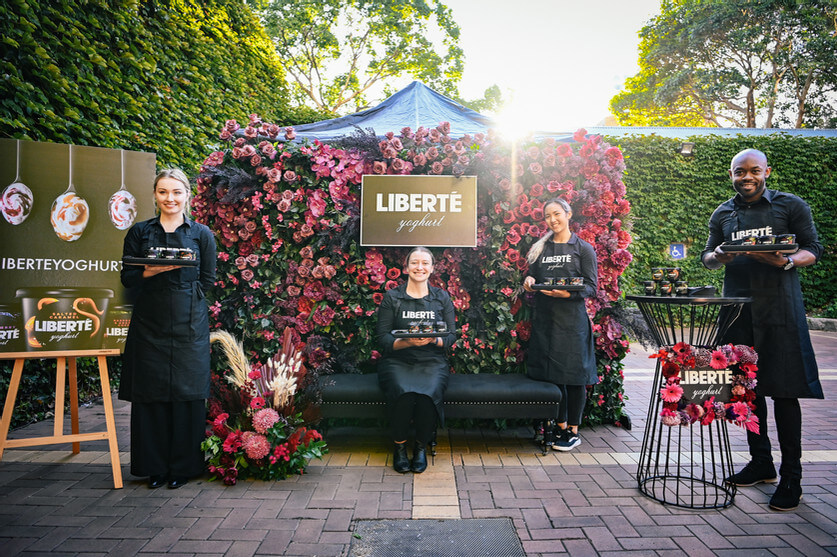 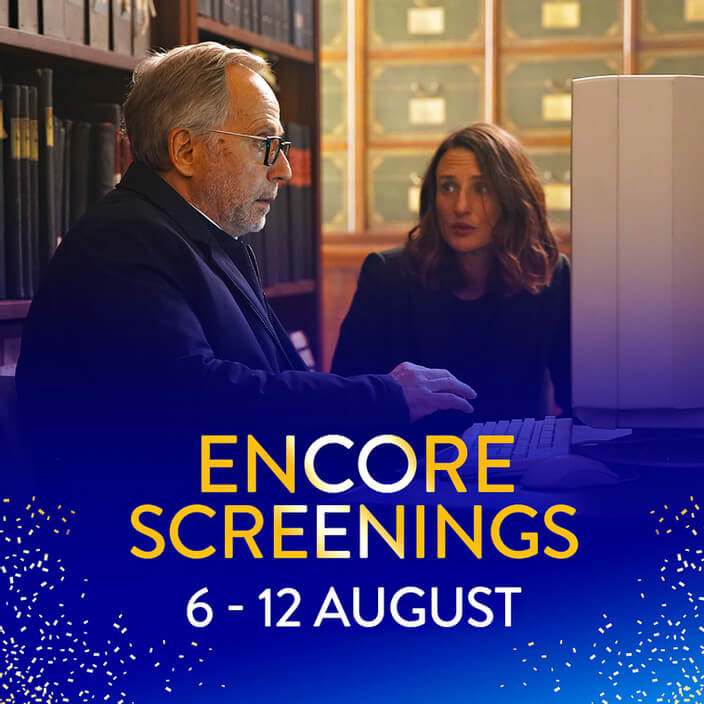 This year marked the 30th anniversary of the Alliance Française French Film Festival, the largest and most successful festival of French cinema in Australia and worldwide (outside France), which saw a record number of attendances (63,000 in Sydney and 195,000 patrons nationally). Organised in conjunction with the French Embassy in Australia and venue partner Palace Cinema, this powerhouse season included many special events and screenings.


This milestone celebration included a launch at the Old Rum Store in Chippendale by the Ambassador of France to Australia His Excellency Mr Christophe Penot, an introductory speech by Creative Director Philippe Platel and address by President of the Alliance Française de Sydney, Lyn Tuit; a Q&A between David Stratton and internationally acclaimed French director Jacques Audiard following the screening of his film The Sisters Brothers which won him best director at the Venice Film Festival; a Canadian themed evening complete with Canadian nibbles and refreshments to match; a Q&A with beloved actor Gilles Lellouche to discuss his directorial debut Sink or Swim; a Date Night event which offered a glass of wine in addition to the Australian premiere of the comedy Happy Holidays and a Women’s Day event centred around Eva Husson’s unapologetically femme-centric film about the Kurdish women fighting ISIS in Iraqi Kurdistan followed by a Q&A with university lecturer Lucia Sorbera, to only name a few.


Another highlight included French director Zabou Breitman's thrilling behind-the-scenes account of her upcoming animated film Les hirondelles de Kaboul (which will be featured in the line-up of this year’s Festival). This beautiful adapted drama, which brings to life the poetry of Algerian author Yasmina Khadra’s 2002 novel by the same name, follows the tale of two couples living in the Afghan capital during the nineties, and the impact of the Taliban rule has on each relationship. It has since been lauded at film festivals around the world, from Portugal to Japan to France’s acclaimed Annecy International Animated Film Festival and Cannes.


In addition, this year saw the triumphant return of the Alliance Française Classic Film Festival. This fifth edition was dedicated to the incomparable Isabelle Adjani, one of France’s most acclaimed stars and the only actor in history to win five César Awards. Renowned for her emotionally raw performances, particularly in representing tormented and tragic heroines, the Festival programme reflected her ongoing ability to captivate and enthral, transcending time. 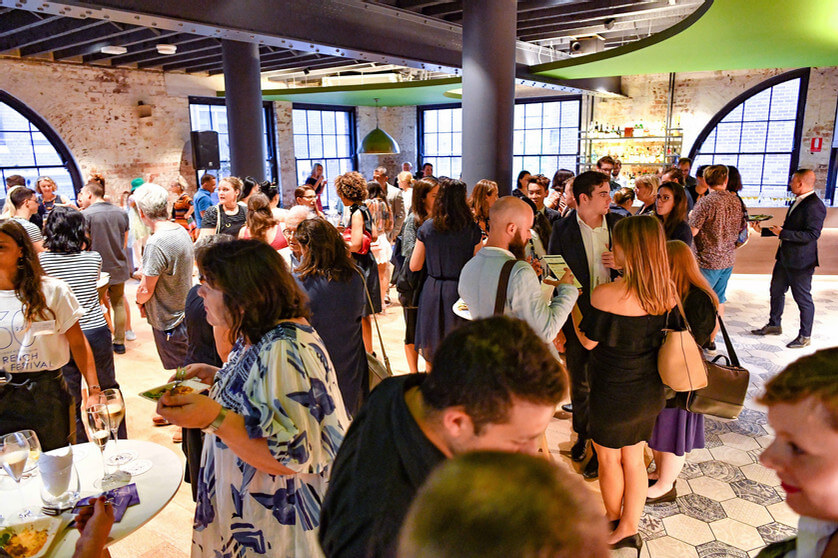 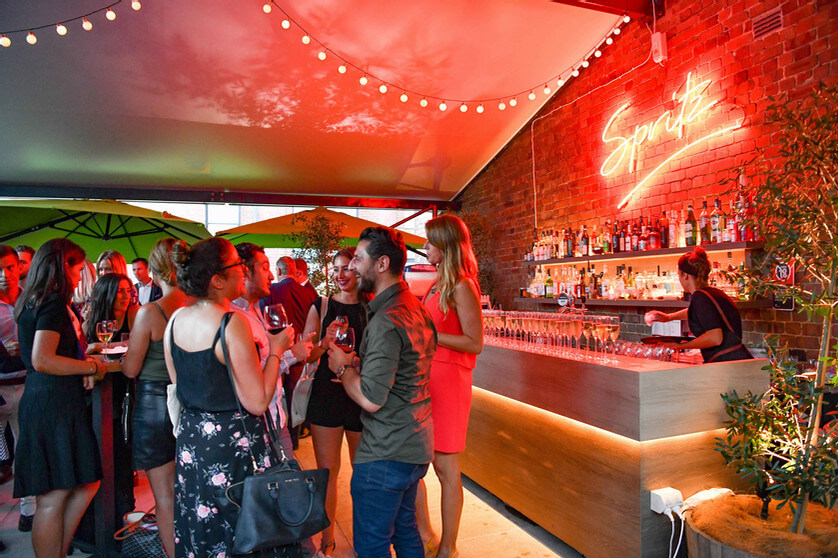 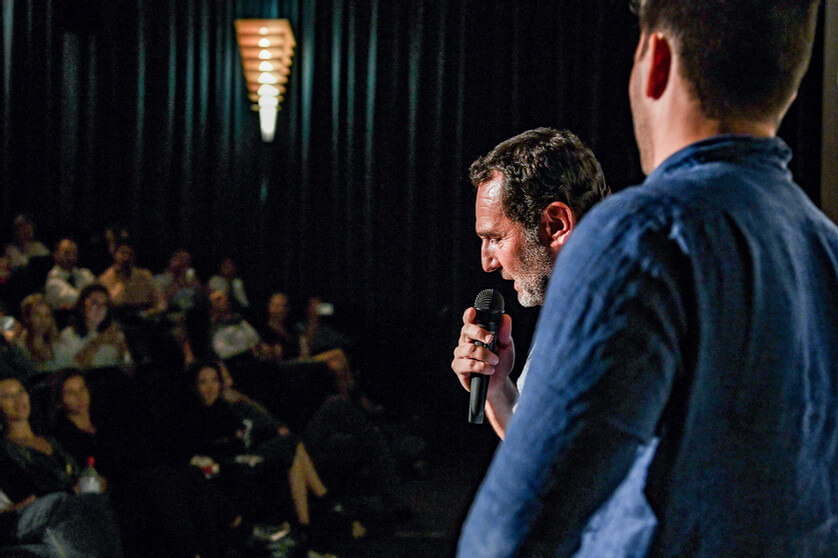 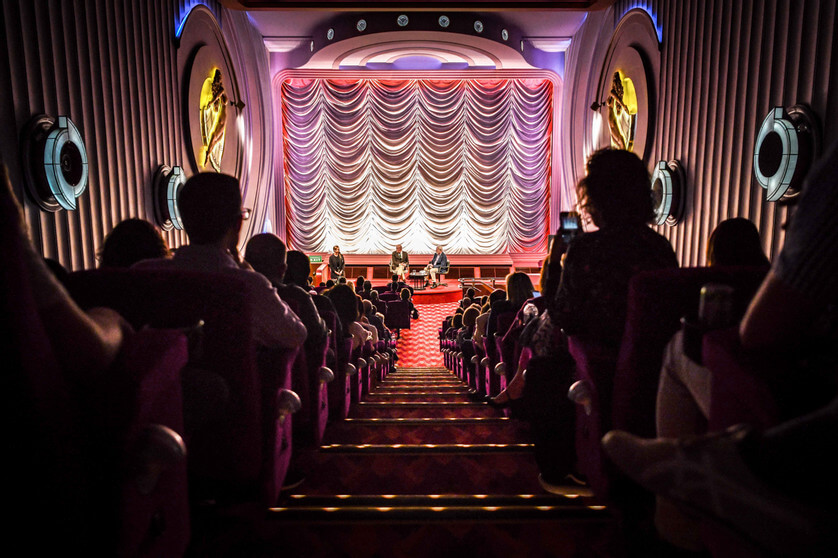 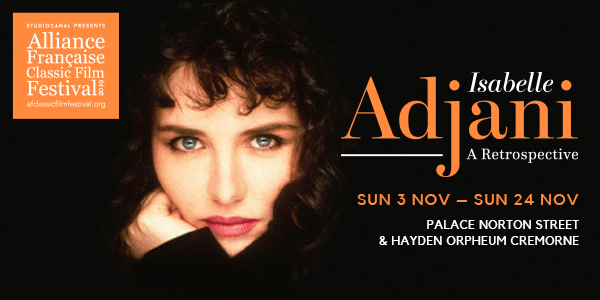 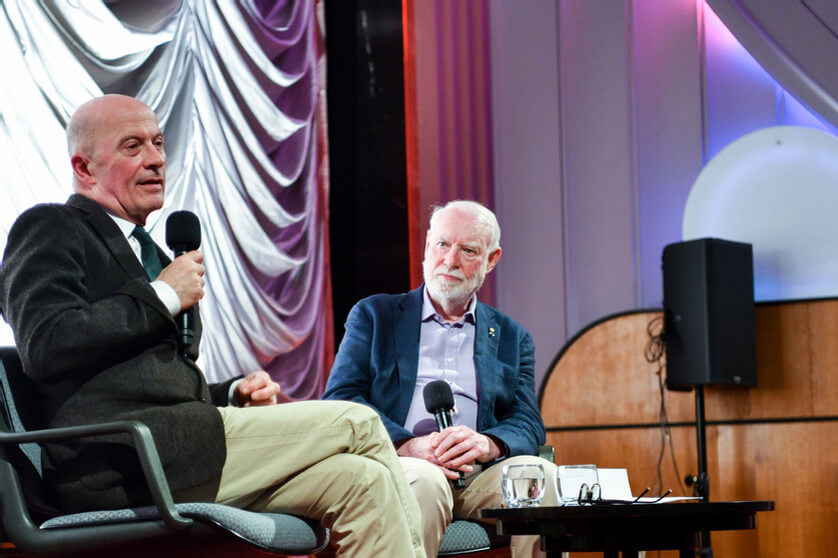 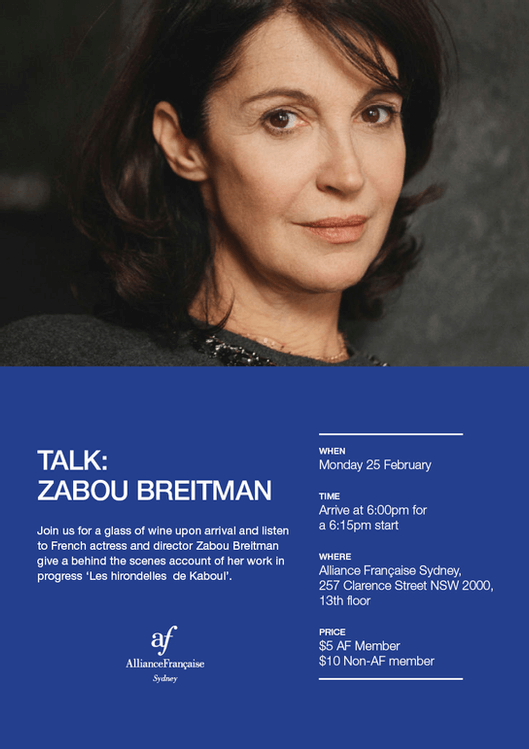